The lone non-Asian trade minister at last week’s Southeast Asian leaders’ summit in Singapore, U.K. Trade Minister Greg Hands had plenty of room to make the case that Brexit won’t interfere with his country’s ambitious plans in the region. As it scrambles to roll over some 40 European Union trade deals into individual agreements with the U.K., London has its eyes on plenty of additional negotiations. Growth-blessed Southeast Asia, with which it traded 32 billion pounds’ ($44 billion) worth of goods and services in 2016, is a priority.

“It’s really important, particularly in the Brexit context, to see that Britain is remaining the same outward-looking, engaged country as it always has been,” Hands said in an interview Sunday in Singapore. “There’s a lot more we could be doing – our trade with, say, Indonesia is quite low.”

The U.K. already has ramped up resources to boost its trade with Southeast Asia. Fresh intellectual property attachés in major capitals are adding to the 90 U.K. officials dedicated to trade in the region, said Hands. Fellow Tory MP Ed Vaizey was recently appointed as a trade envoy to the region, with particular focus on Vietnam, Cambodia and Laos.

He also met with trade representatives from Cambodia, Laos, and Myanmar, while warning that “obviously we cannot conduct trade entirely independently of politics and humanitarian crises,” referring to the possibility that the ongoing Rohingya crisis in Myanmar could imperil burgeoning trade prospects.

The Asean leaders’ meetings, following the finance ministers’ gathering earlier this month, represented another occasion for the region to emphasize its staunch pro-free trade position.

“More and more countries are feeling that we need to be advocates for trade,” said Hands. “If countries like the U.K. and Singapore aren’t making the case for trade, then we really would be in trouble.”

At the same time, Hands said he doesn’t think a “trade war” is brewing between the U.S. and China.

Hands was also tasked with doing his best to convince trade partners in the region that Brexit won’t alter the U.K.’s existing trade arrangements with Asean economies, or impede negotiations for new deals.

Some U.K. lawmakers have been skeptical that Prime Minister Theresa May’s government will be able to transition those E.U. deals when the Brexit negotiation period begins in March 2019, with any new agreements effective from the start of 2021. Two of those E.U. agreements are with Singapore and Vietnam.

Tough Choices Loom for Theresa May to Meet Brexit Promises 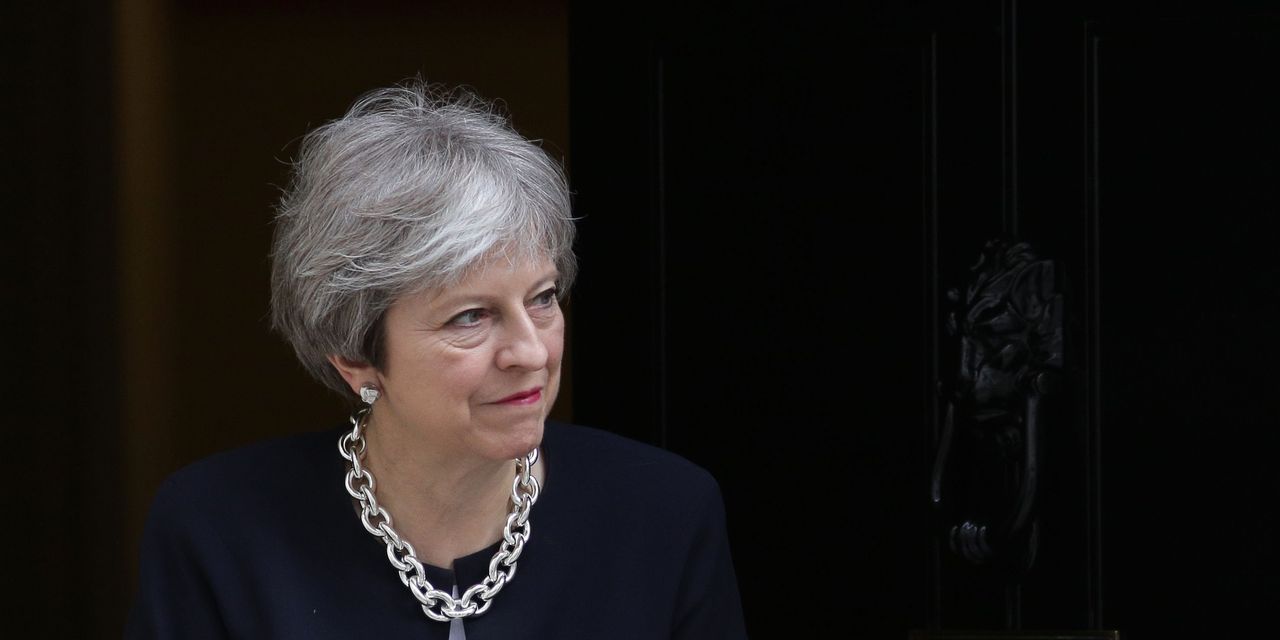 Nearly two years after the Brexit referendum, the United Kingdom stands on the brink of a full-blown political crisis.

Until now, Prime Minister Theresa May has been able to hold a divided government, party and country together by ducking hard choices or denying that hard choices need to be faced. Although she voted to remain, she embraced the Brexiter fantasy that quitting the European Union would be easy: that the U.K. could halt payments to Brussels, stop EU citizens from coming to work in Britain, ditch EU single-market… 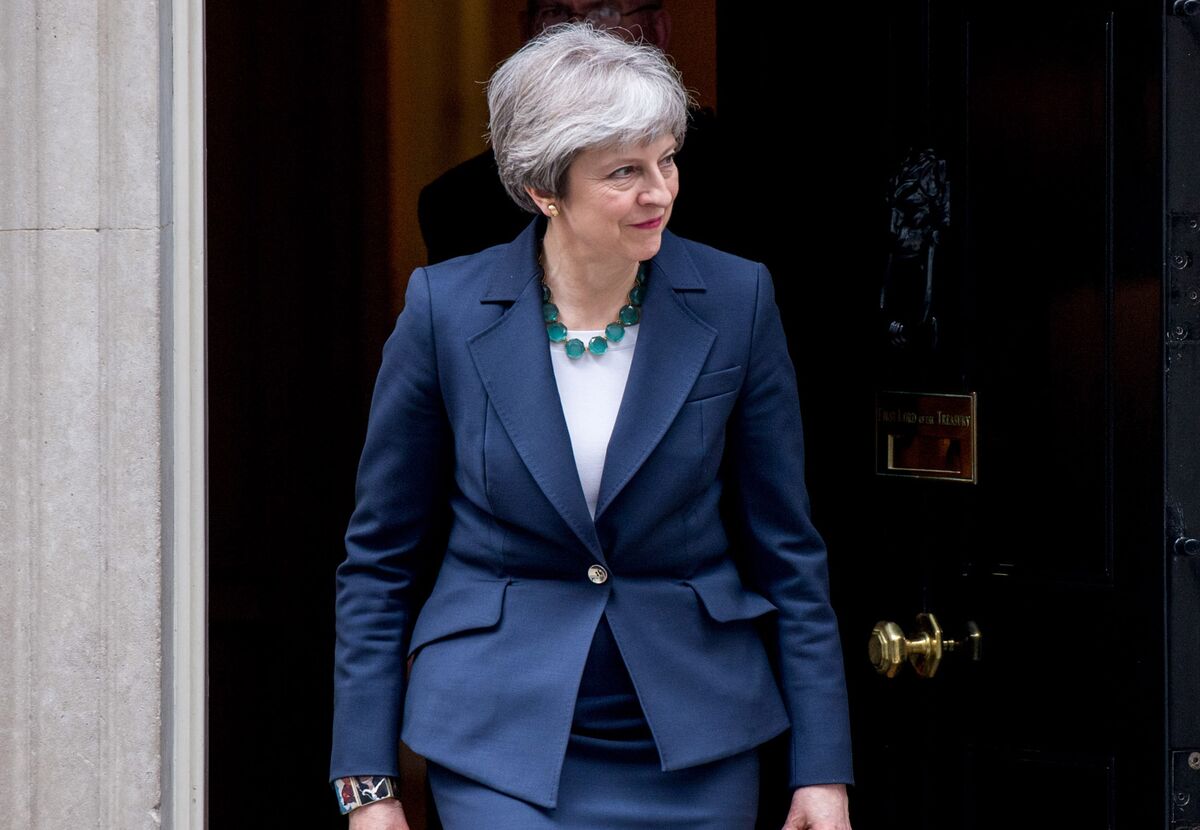 The U.K.’s upper house sought to make it harder for Prime Minister Theresa May to take Britain out of the European Union without a deal by defeating her for a seventh time over the government’s flagship Brexit legislation. The House of Lords voted 335 to 244 in favor of an amendment to the government’s European Union (Withdrawal) Bill to give Parliament a vote before May can walk away from negotiations with the EU without a deal. It was sponsored by peers across the political spectrum: former Conservative Cabinet minister Douglas Hogg, Labour’s Dianne Hayter, William Wallace of the Liberal Democrats, and David Hannay, an independent.

“Whatever the outcome, terms, or no terms, this country’s future should be determined by Parliament, ultimately by the House of Commons, and not by ministers,” Hogg told peers on Monday.

The defeat is yet another headache for May, coming less than 24 hours after Home Secretary Amber Rudd resigned for “inadvertently” misleading lawmakers over immigration targets — depriving the prime minister of a key ally on Brexit. Brexit Minister Martin Callanan told the Lords that the “true motivations” of many of the amendment’s supporters was “thwarting Brexit.”

“This amendment will bolster those who wish not to secure the best deal with the EU, but rather who wish to frustrate Brexit altogether,” he said. “It would create a perverse negotiating incentive for the EU to string out negotiations for as long as possible. It is not in the U.K.’s interest to hand the EU negotiators a ticking clock and the hope that the more they delay, the more they can undermine the position of the U.K. government.”

Monday’s amendment builds on one put forward in the House of Commons by former Attorney General Dominic Grieve, May’s sole defeat on the legislation so far in the lower chamber.

A dozen Tory lawmakers — dubbed “mutineers” by the pro-Brexit press — rebelled on that vote, showing there may be appetite in the lower chamber to support the Lords amendment as well.

“We and others seek to ensure our country’s future should be determined by Parliament,” Hayter, Hannay and Wallace wrote in the Independent newspaper on Monday. “It seems extraordinary that we should even have to argue that case. Even more so that we should be called mutineers or saboteurs for upholding democratic principles.”

Leaving the EU without a deal would mean no protection for U.K. citizens living in the bloc, no rights for EU citizens living in Britain, a hard border between Northern Ireland and the Republic of Ireland, and “immediate customs duties on the flow of goods,” the three peers wrote in the Independent. “Any such outcome must be taken by Parliament, not just ministers.”

Hogg went even further, saying that without Monday’s amendment, “Parliament will not have a genuine, meaningful vote” on the Brexit deal.

He argued that Parliament should be able to vote on whether to leave the EU on May’s terms, and if it rejected them, there would be three options: instruct her to renegotiate a new deal, choose to stay in the bloc on current terms, or leave the EU without a deal.

As with May’s previous defeats in the upper chamber, the amendment can be overturned when the bill returns to the House of Commons at a date yet to be specified. The earlier amendments include:

Monday’s session was the fourth of six in the House of Lords on May’s Brexit bill, with further debates on May 2 and May 8. Hayter has said she can also envisage defeats for the government on Northern Ireland and removing the government’s fixed Brexit day of March 29, 2019 to give added flexibility.

The leaders of Scottish Labour and the Lib Dems have positioned themselves against the Brexit powers deal offered to Holyrood by UK ministers.

The UK and Scottish governments are struggling to resolve a row over where powers should be held after March 2019.

Scottish ministers rejected the deal currently on the table, saying it would undermine the principle of devolution.

Richard Leonard and Willie Rennie told a committee of MPs that they also would not back the proposals as they stand.

This leaves only the Scottish Conservatives in favour of the current deal – with Tory MSP Adam Tomkins saying the existing devolution settlement was “exactly the basis” of what has been offered.

The dispute centres on what will happen to devolved powers which are currently exercised from Brussels after the UK leaves the EU in 2019.

Ministers agree that some powers should be tied into UK-wide sets of rules and regulations, but differ on who should have the final say over these frameworks.

UK ministers recently tabled a fresh proposal, in the form of amendments to Clause 11 of the EU Withdrawal Bill, a key piece of Brexit legislation at Westminster. This deal was accepted by the Welsh government, but rejected by the Scottish one.

They say there is a “key sticking point” over whether Holyrood’s explicit consent is sought before devolved powers are used through joint frameworks, which UK ministers arguing that Westminster should have the final say if talks were to become deadlocked.

At a meeting of the Commons committee on public administration and constitutional affairs committee in Edinburgh, Mr Leonard and Mr Rennie both said the current offer from UK ministers – which includes a time limit on how long the powers would be held at Westminster – was not good enough.

Labour leader Mr Leonard said there were “aspects of it which need to be addressed”.

He said there had been a “complete breakdown of trust” between the governments, saying: “I agree that there has been a degree of movement which has provided for people to now think about reaching a settlement.

“But I take the point that the definition of consent is problematic, and I think there are still knots in the bill as it stands that need to be untied.”

He said: “We need to create a level playing field across the UK for the Withdrawal Bill. Westminster having the final say isn’t sufficient.

“There needs to be some kind of mechanism, perhaps around qualified majority voting of some sort.”

Green co-convener Patrick Harvie said common frameworks were “entirely achievable without an extra restriction on the legislative ability and freedom of the Scottish parliament”.

Under the current system, Holyrood can give its consent to Westminster legislation in line with what is known as the “Sewel Convention” – which states that the UK parliament “will not normally legislate with regard to devolved matters without the consent of the Scottish parliament”.

Committee chairman Bernard Jenkin said a model like that sought by Scottish ministers would mean “instead of the Sewel convention saying ‘normally’, it would say ‘never'”.

Mr Tomkins agreed, saying Scottish ministers were effectively seeking a “veto” over the UK use of powers, an advance on the current devolution settlement.

The Conservative MSP said the amendments put down by UK ministers “essentially copy and paste Sewel”, saying it was “disappointing” that Scottish ministers wanted more.

He said: “That rule that parliament will not normally legislate on devolved matters without our consent as MSPs is exactly the basis of the amendment which was published last week. That powers will not normally be taken into the holding pattern under the revised Clause 11 without the consent of the Scottish parliament.

“Searching for a power that is greater than that, which goes from ‘normally’ to ‘never’, is to move from the spirit of devolution, which is intergovernmental cooperation, to something which is quite different, which is giving devolved administrations vetoes on powers.”

In a subsequent session, Scottish Brexit minister Mike Russell told the committee that he did not like the fact that UK ministers already had the power to overrule Holyrood, but said the current deal would add

He said: “There is already a power that exists within the Scotland Act to tell the Scottish government to do something.

“What is I believe in Clause 11 being attempted is another backstop power being added to that backstop power, so that there is another way of ensuring that the Scottish government doesn’t do something, that’s what we object to.

“I’m not in any sense trying to overturn the existing constitutional settlement. That might be something I’d like to see happen, but it’s not what we’re doing in the negotiations.

“What we’re trying to do is ensure we deliver something that’s workable. I would hope sense, negotiation and trust will produce circumstances in which there is an agreement.”

Mr Russell also told the committee that trust between the Scottish and UK government was “at the lowest ebb I’ve experienced”.

He said UK officials had only shared the draft of the Withdrawal Bill with Scottish counterparts two weeks before the bill was published – as opposed to the months usually given for consideration of a bill which may need devolved consent. Scottish ministers then only shared their own Brexit legislation with the UK government the day before it was published.

He said there was a “substantial lack of trust on both sides”, saying that ministers “did not trust the processes” for intergovernmental relations.