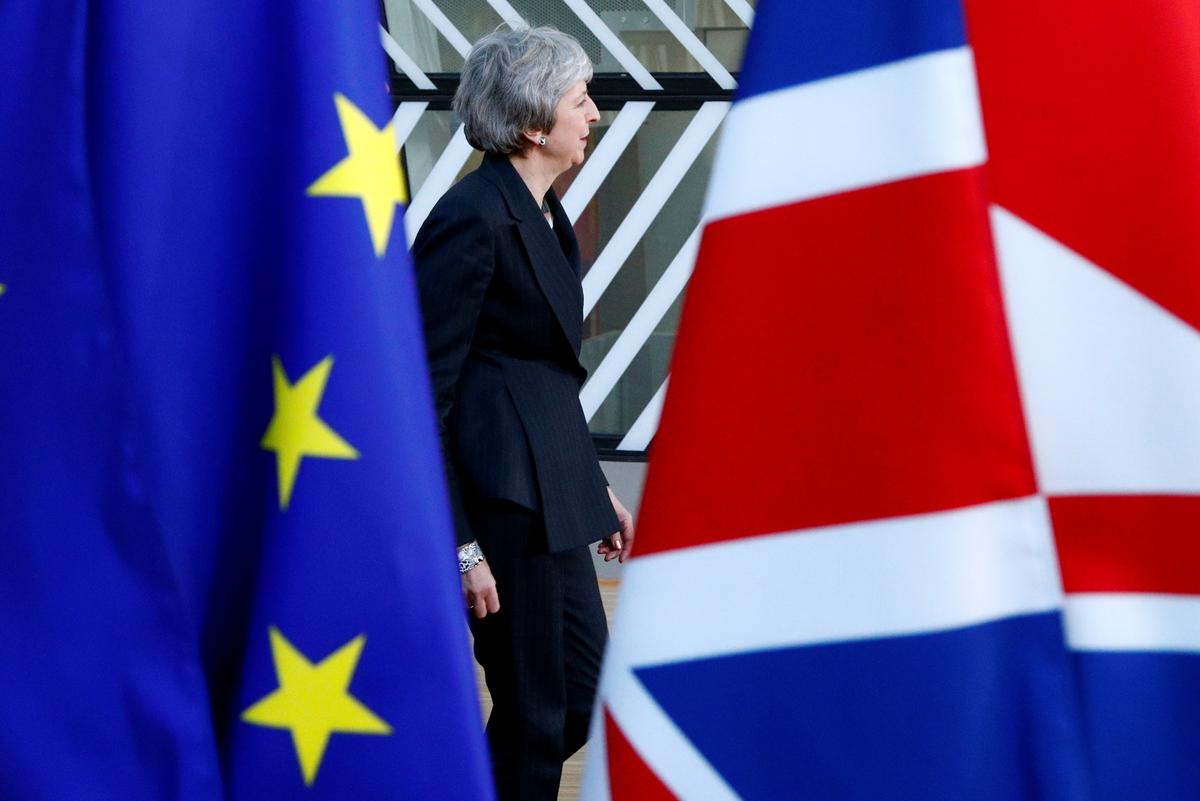 LONDON (Reuters) – British Prime Minister Theresa May urged MPs on Monday to back her Brexit deal, promising that it would allow the country to “turn a corner” and let the government focus on solving domestic problems such as housing and a skill shortage.
FILE PHOTO: British Prime Minister Theresa May arrives at a European Union leaders summit in Brussels, Belgium December 13, 2018. REUTERS/Francois Lenoir/File Photo

May made the appeal in a New Year’s message little more than two weeks before a make-or-break vote in parliament on her plan for Britain’s exit from the European Union which is due to happen on March 29.

The vote, which May postponed in December to avoid defeat, will be a pivotal moment for the world’s fifth-largest economy: it will determine whether Britain follows her plan for a managed exit and relatively close economic ties, or faces massive uncertainty about the country’s next step.

“New Year is a time to look ahead and in 2019 the UK will start a new chapter. The Brexit deal I have negotiated delivers on the vote of the British people and in the next few weeks MPs (members of parliament) will have an important decision to make,” May said in a video released by her office.

“If parliament backs a deal, Britain can turn a corner.”

Attempting to appeal to those within her Conservative Party who have criticised her leadership, and responding to criticism from opponents that Brexit has stalled her domestic agenda, May stressed her desire to move beyond the EU exit debate.

“Important though Brexit is, it is not the only issue that counts,” she said, highlighting policies to address a lack of housing, skills shortages and strengthen the economy. “Together I believe we can start a new chapter with optimism and hope.”

The vote on May’s Brexit deal with the EU is scheduled to take place in the week beginning Jan. 14.

May is still seeking reassurances from Brussels that a deeply unpopular fallback arrangement within her proposed deal, over the Northern Irish border, would only be temporary.

It seeks to prevent the return of a hard border between Northern Ireland and EU member Ireland if a better solution to keep trade flowing freely cannot be agreed.

The so-called backstop is the main obstacle between May and a victory in parliament, costing her the support of dozens of members of her own party and the small Northern Irish party that props up her minority government.

The government and businesses are ramping up preparations in case a deal cannot be reached to smooth Britain’s exit from the bloc, amid warnings of delays at borders and disruption to supplies of medicines, food and components.

The Rise of Regtech: How Software Can Help Cut Regulatory Risks  Visual Capitalist

This infographic provides a glimpse into the world of regtech, a booming tech sector that’s helping financial firms to comply with onerous regulations.

These are nervous times for investors and no doubt many will be wondering if their money would be safer in cash. I wrote back in November that the Brexit turmoil was likely to cause an extended period of instability. At the time I recommended watching it play out and keeping an eye out for bargains, and sure enough things have continued to look bleak and the stock market has thrown up many discounts. But is there worse to come?

The current bear market seems predominantly concerned with the execution of Brexit. There are other international factors…

These are nervous times for investors and no doubt many will be wondering if their money would be safer in cash. I wrote back in November that the Brexit turmoil was likely to cause an extended period of instability. At the time I recommended watching it play out and keeping an eye out for bargains, and sure enough things have continued to look bleak and the stock market has thrown up many discounts. But is there worse to come?

The current bear market seems predominantly concerned with the execution of Brexit. There are other international factors at play but there is more going on than can be discussed in this article.

As the situation has become more protracted the FTSE 100 has fallen to discount in the increasing chance of a no-deal. If we crash out without a deal, there would undoubtedly be some disruption that would cause investors to panic and sell. However from reading companies’ projections, most are confident that while trading may be affected in the short term, the long-term outlook is still positive overall.

I believe that we will agree a deal before the Brexit deadline (after all both sides want a deal in place), but when it comes to share investing, it’s best to take clues from the market ahead of your own judgement. At the moment there are few signs that things will be turning around imminently.

Is now the time to buy?

One of my favourite descriptions of the stock market is by Warren Buffett who refers to it as “Mr Market”. He says it has “incurable emotional problems” and swings wildly between euphoria and depression. The more depressed Mr Market is, the better the buying opportunities there are available.

The reason this personality exists is because of the dynamics of supply and demand. When there is a lot of bad news about and prices are falling, people become emotional and want to sell. Few want to buy an asset with a price that is falling but lots want to sell, so the price comes under enormous pressure. Even if there are not a lot of sellers, a lack of buyers can cause a stock price to plummet on low volume.

There have been suggestions for the last few years that the stock market has been headed for a correction, which entails a pullback in share prices, but not on the scale of a crash. Yet while prices may have become expensive in the US I think the UK has mostly remained fairly priced.

The forward looking price-to-earnings ratio (P/E) for the FTSE 100 is currently below 12, the last time it was this low was back in 2013. This is a better indicator of the value of the FTSE 100 than looking at the price as the P/E takes into account the earnings of companies. And while value investors may be buying at these levels but growth and momentum investors are probably staying cautious.

So what do I think this all means? Well, I feel that stocks are cheap, but I wouldn’t rush to buy as I also think they could get cheaper. I won’t predict just how low the Footsie could go but the factors causing the market to slip are unresolved and I don’t expect to see a reversal until the story changes. 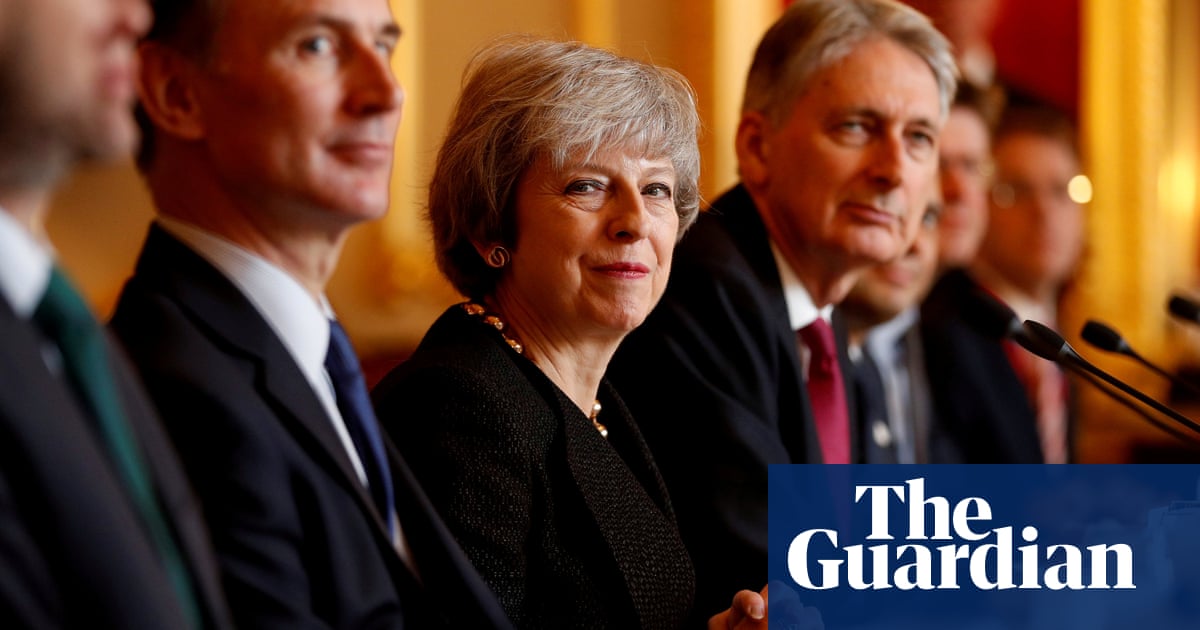 Theresa May has been in contact with EU leaders over Christmas to try to seek the reassurances she hopes will persuade enough MPs to back her Brexit deal in January, Downing Street has said.

“She has been in contact with European counterparts over the break, and you can expect more of that to continue over the week,” the prime minister’s spokeswoman said.

“I haven’t got a list for you, but she has been in touch with European leaders, and that will continue in the lead-up to the vote.”

MPs will resume debating May’s proposed Brexit deal on 9 January, with the vote due to take place the following week. It had been scheduled for December, but the prime minister postponed it at the last minute, amid near-unanimous expectations that she would lose heavily.

She delayed the vote to placate MPs by seeking what Downing Street calls “legal and political assurances” over the deal, notably on the backstop arrangement for the Irish border.

The backstop, which would keep Northern Ireland in elements of the single market and customs union if no permanent trade arrangement could be reached to avoid a hard Irish border, is heavily disliked by May’s DUP allies, as well as by a number of Brexit-backing Conservative MPs.

They are concerned that the UK would not be able unilaterally to pull out of the arrangement, something the EU is refusing to budge on. May has hoped to gain assurances that the backstop is unlikely to come into force.

The Christmas talks had not yet led to a solution, May’s spokeswoman said: “There’s still more work to do. The PM is absolutely focused on doing that in the lead-up to the vote itself. The UK team, at official level, are in contact with their counterparts in the EU technical level. Her focus is on getting the assurances MPs want ahead of that vote taking place.”

Asked if the prime minister was confident of success, given the resumption of the Commons debate begins in little more than a week, the spokeswoman said: “That is what she is focused on, yes.”

Parliament returns on 7 January, and May will hope to persuade the DUP and potential Tory rebels to back her plan, arguing that if her plan is blocked, Brexit might not happen.

One leading Conservative malcontent, John Redwood, was knighted in the New Year honours list, prompting accusations of desperate tactics by No 10. He has since said it will make no difference to his vote.

Downing Street has also sought to exert pressure on remain-leaning MPs by insisting that a no-deal departure is the alternative to her proposal, and ramping up contingency planning for this.

This has included spending more than £100m to charter ferries to ease “severe congestion” at Dover in the event of a no-deal Brexit. It has emerged that one of the companies contracted, Seaborne Freight, does not own any ships, has not previously operated a ferry service and is not planning to do so until late March. 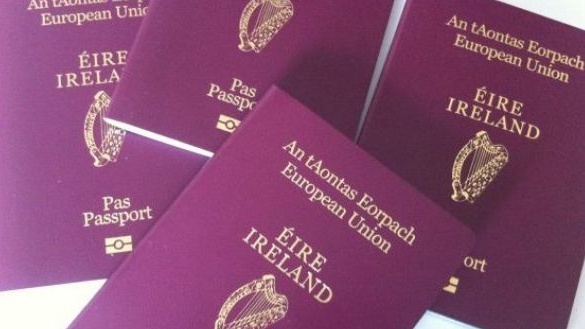 Almost 200,000 Irish passport applications were received from the UK this year.

The number from England, Scotland and Wales increased by more than a fifth compared to 2017, the Department of Foreign Affairs said.

Minister Simon Coveney said the total had risen since the Brexit vote in June 2016.

These figures represent an increase of 2 per cent and 22 per cent, respectively, over 2017 figures.

Mr Coveney said: “The success of the online passport renewal service was recognised during the year at the CX Impact Awards, where it won the Impact in Digital award, and was ranked as the top Irish public sector organisation in terms of customer experience for the third year in a row.

“It is important that the Passport Service continues to use technology in order to gain efficiencies and deliver the best possible service to the citizen.

“This expanded service is an example of that, and will permit all citizens, both adults and children, to renew their passports online 24/7 from anywhere in the world.” – PA